Last Sunday, I made a day trip to Shah Alam to visit the family of my cousin who passed away after battling cancer for about one and a half years. My heart goes out to his family, especially his wife and five young sons. May Allah give them the strength and patience to get through this tragic time. Ameen.. 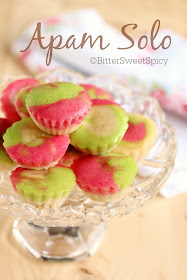 Right after the afternoon prayers, a prayer session (tahlil) for my late cousin was held. Besides family and friends, the neighbours, including the neighbourhood imam, were also present. What strikes me, from my observation and feedback from my cousins, is the community spirit of gotong-royong which is so much alive although the neighbourhood is relatively new and, I believe, majority of the residents are young families. That helped my late cousin's family a lot as both of them are quite new to the area. My cousin was a Singaporean who, before receiving treatment for his cancer in Kuala Lumpur, was working in Singapore and travelled up north every weekend to join his family. His wife who is from the East Coast works in Shah Alam and looks after the five sons. Soon after the neighbours received news of my cousin's passing, a few neighbours approached and informed his family that they would help with the funeral arrangement. They also helped with the tahlil sessions for several days, including the preparation of food. 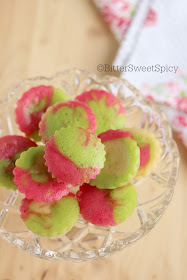 For the tahlil session on Sunday, a type of apam with red bean filling was served. I had not eaten that type of apam before, so when I first tasted it, I liked it a lot as it not only tasted good but it also looked pretty. After googling for the recipe on my return to Singapore, I found out that it is called Apam Bengawan Solo or just Apam Solo. It tastes somewhat like pau except that it's softer and spongier as the batter is quite watery. I would highly recommend you to try this recipe especially if you like traditional kuih. 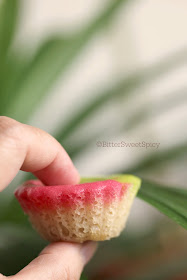 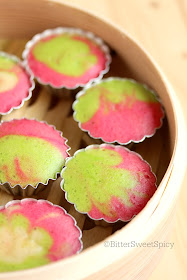 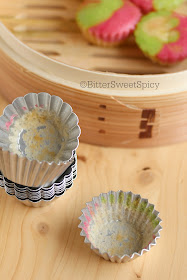 Method:
1.     Combine palm sugar, sugar, water & pandan leaves in a saucepan until the syrup reaches a boil.
2.     Add in grated coconut & salt. Mix thoroughly.
3.     When the mixture is almost dry, add in flour & mix well.
4.     Remove from fire & leave to cool. Remove the pandan leaf before using the filling.