It's been a long time since I last baked apple crumble cake for my family. As far as I can remember, the only recipe that I've tried is by Donna Hay which I shared before. I thought it's time to try a different recipe.... & I decided to use one with yogurt in it as I had some leftover after baking the marble cake. 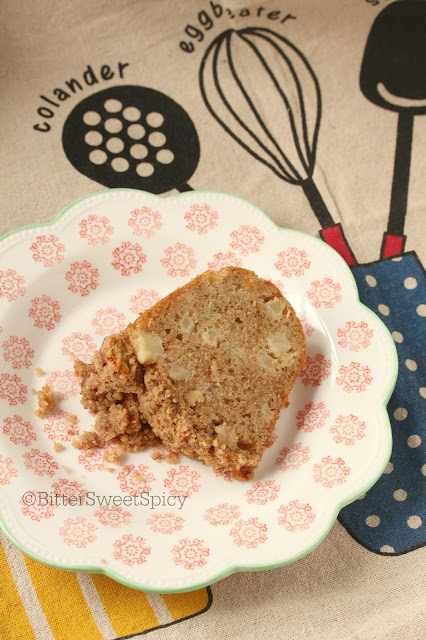 I'm glad I chose this awesome recipe.... All my tasters (family and colleagues) gave their thumbs up! The cake is delicious, fragrant, soft & moist and the apples also gave some texture to an otherwise fine crumb. The crumble topping just completes the cake to produce an excellent dessert! Just make sure that you use the best quality ingredients for that unbeatable flavour. 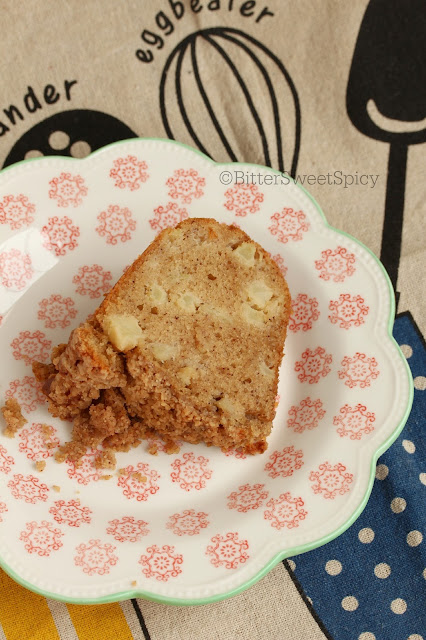 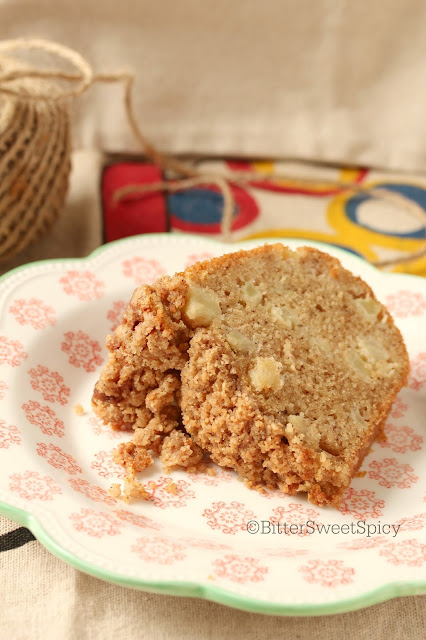 I made the moist & tender marble cake again... this time it's for lunch at the in-law's on Sunday. Had decided to bake it only in the morning after making some karipap bai. Made 3 changes for this cake.. made it with less chocolate batter, replaced the sour cream with greek yogurt & baked it in a square pan. It was a hit with the family... I promise you I'll be baking this again & again... 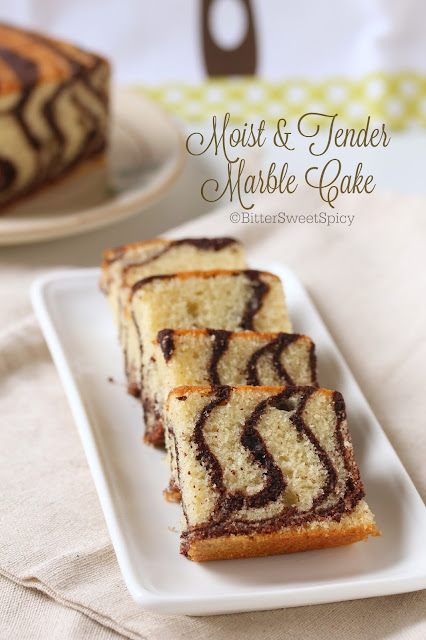 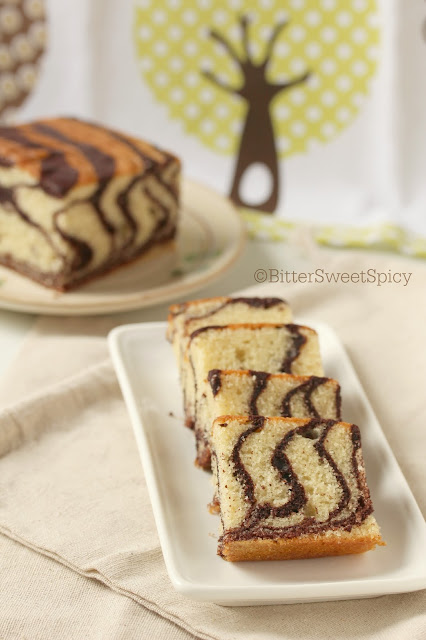 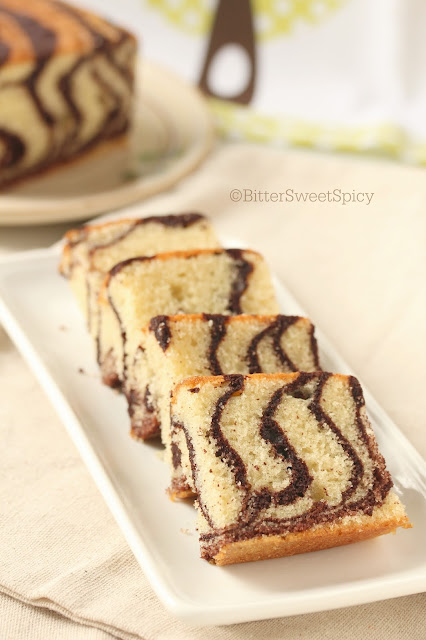 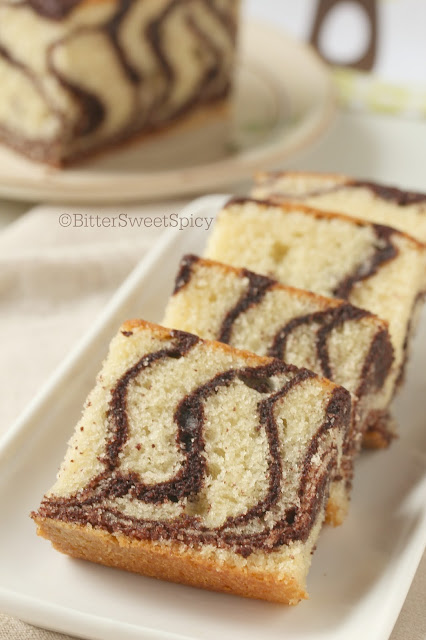 Recipe by Tasbih of Cleobuttera. 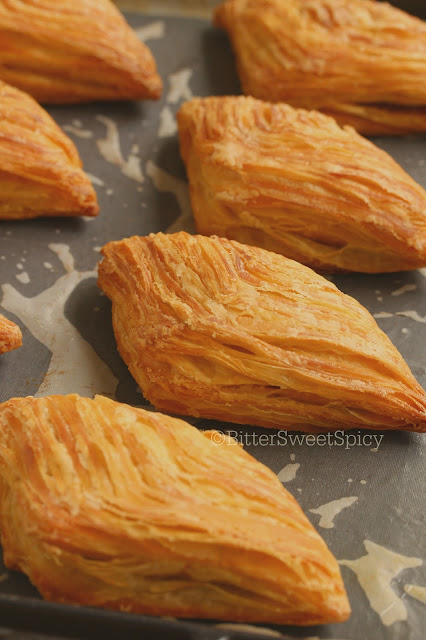