It's a cool & wet morning here in Singapore....  Where traffic is concerned, it was also quite a chaotic morning  as the rain started to pour and continued to pound just as many of us were getting ready to head for school or work. As I was driving my son to school at 6.30 on the ECP, there was already an accident involving 4 or 5 cars....Good thing it just occured so we were not stuck there. But as I was driving back, the traffic backup on the other side was quite bad..... 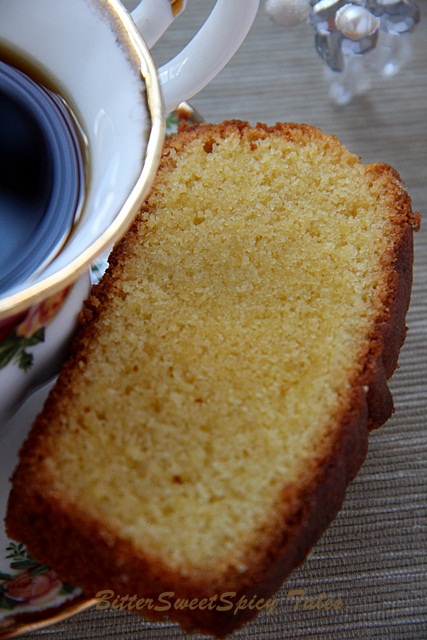 The roads in my neighbourhood were bustling with activities too especially since there are a few schools in the area.  Traffic was typically slow as there were students crossing the roads & parents waiting to enter & leave the school compound to drop off their children. Good thing there were security guards, school staff & parent volunteers to mend the roads outside the schools. That really helped a lot to ensure the safety of the school kids. So we drivers just have to be more patient & careful...... 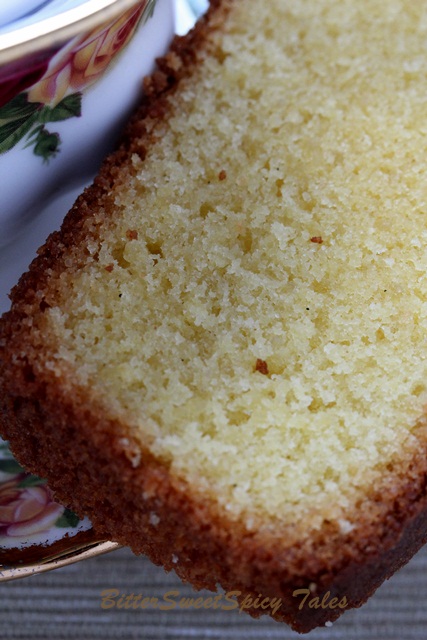 I baked Semolina Cake last week. I love it. It's rich yet not oily or too sweet.... However, as you can see, my cake turned out slightly dry... but it's not supposed to be like that.... I had to bake my cake twice. Since I was using my small oven, I thought I didn't have to bake for 45 minutes. So after 30 minutes, I inserted my metal skewer & was surprised that it came out clean.... so I took the cake out of the pan sliced a thin piece & ate it right away as I couldn't resist the smell & wait any longer... It was moist & yummy! Two hours later, after the whole cake is cool, as I was slicing it,  the uncooked batter from the center part oozed out........ So I put it back into the  pan & bake it for another 15 minutes or so.... Because of that, the sides also turned out darker....
This recipe is from The Temptation of Chocolate by Alex Goh. There, Chef Alex poured chocolate ganache over the  whole cake. I decided to do without the ganache. 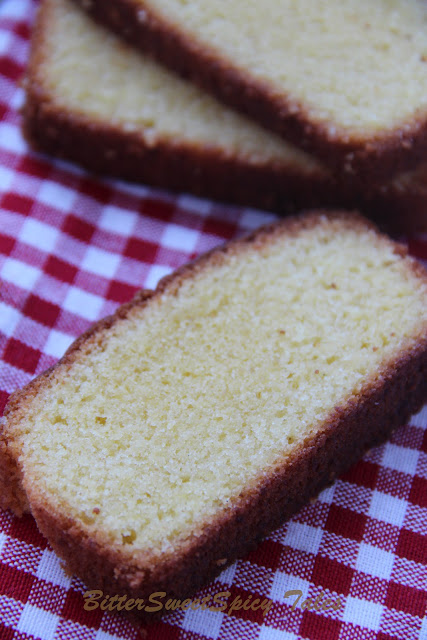