My second daughter is a picky eater. She can eat a lot if she likes what she's eating. Otherwise, she can stay hungry for many hours. Cakes happen to be her favourite &, ironically, she is more adventurous  to try new cake flavours. She once tried a lavender earl grey cake from a cafe she used to work at & fell in love with it. And recently, she persuaded me to bake one & assured me that it would be worth it. Well...... I was quite hesitant at first because, unlike her, I'm more old fashioned. I like to stick to the traditional..... vanilla, chocolate or pandan. But I gave in as I was convinced that she'd like it & besides,  I got to blog about a new recipe! It's a win-win situation! 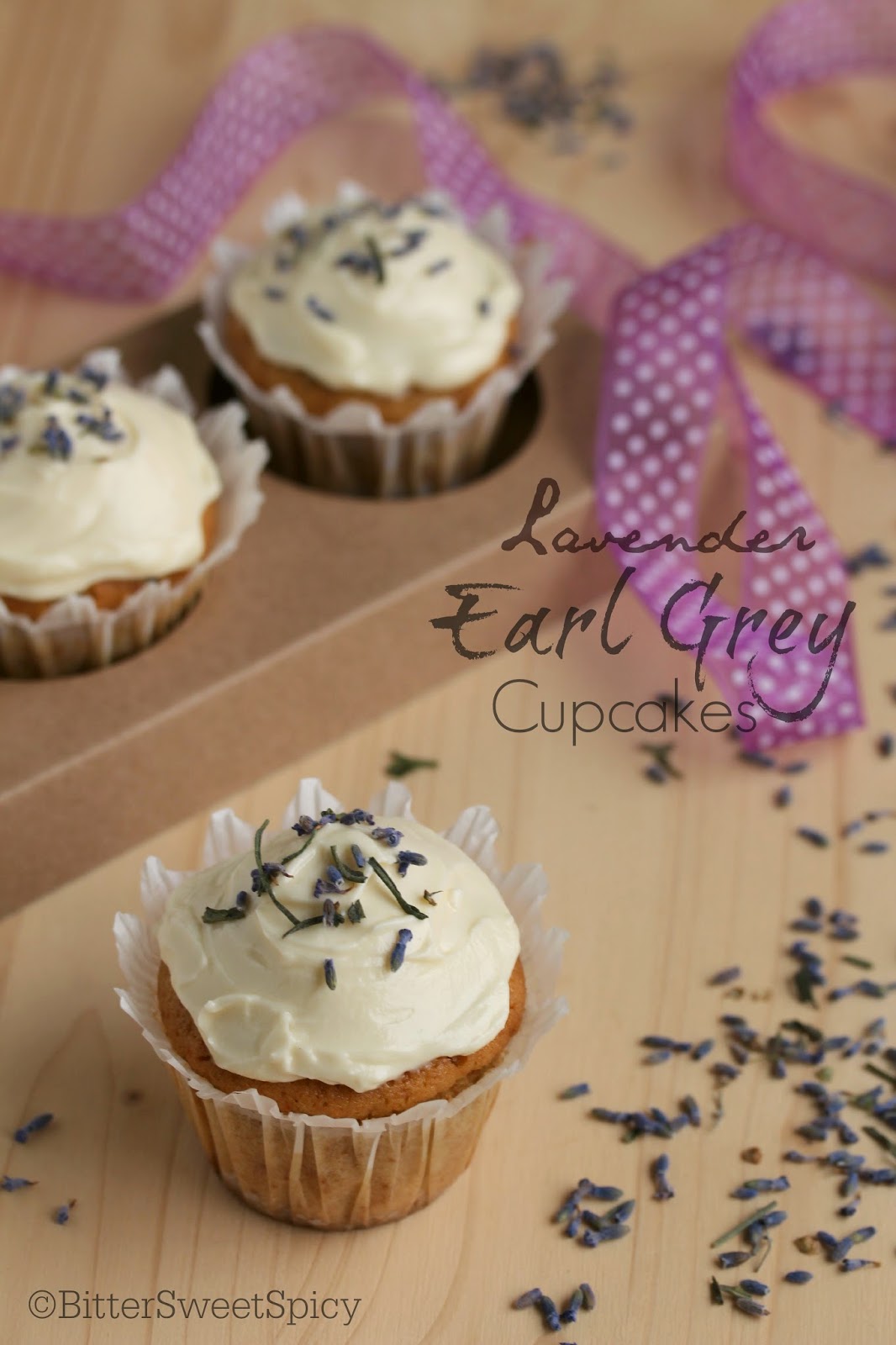 If you are a milk tea drinker, it's easy for you to imagine the taste of these cuppies. But with the addition of dried lavender flowers, the soft & moist cakes also have a light & sweet floral smell. Pairing the cakes with cream cheese frosting was a good choice as the tangy frosting gives a good balance to the sweet cakes. The sprinkled lavender on the frosting not only makes the cupcakes pretty, but it gives off a stronger floral smells, but I wouldn't overdo it as it can be quite overwhelming... 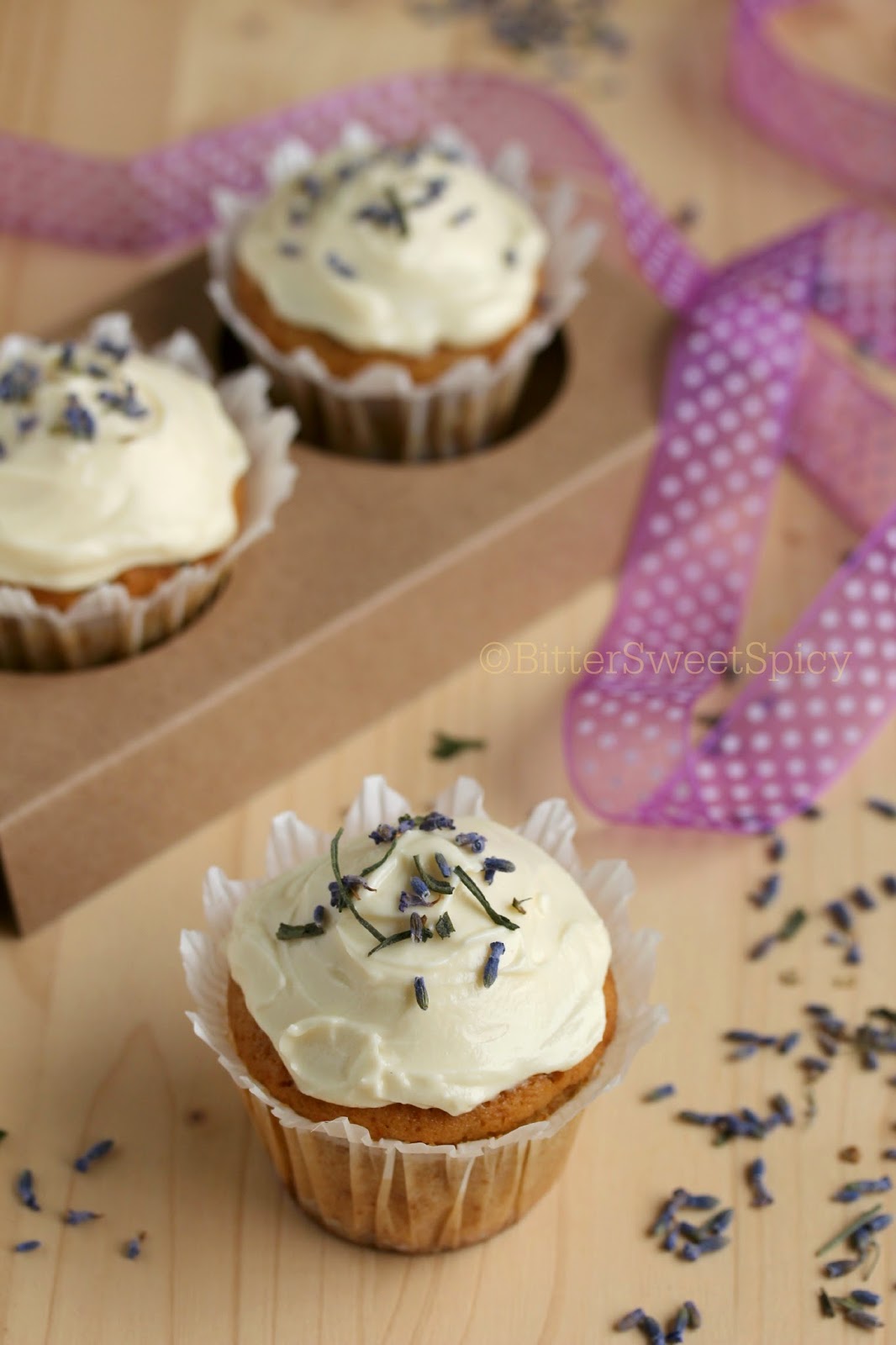 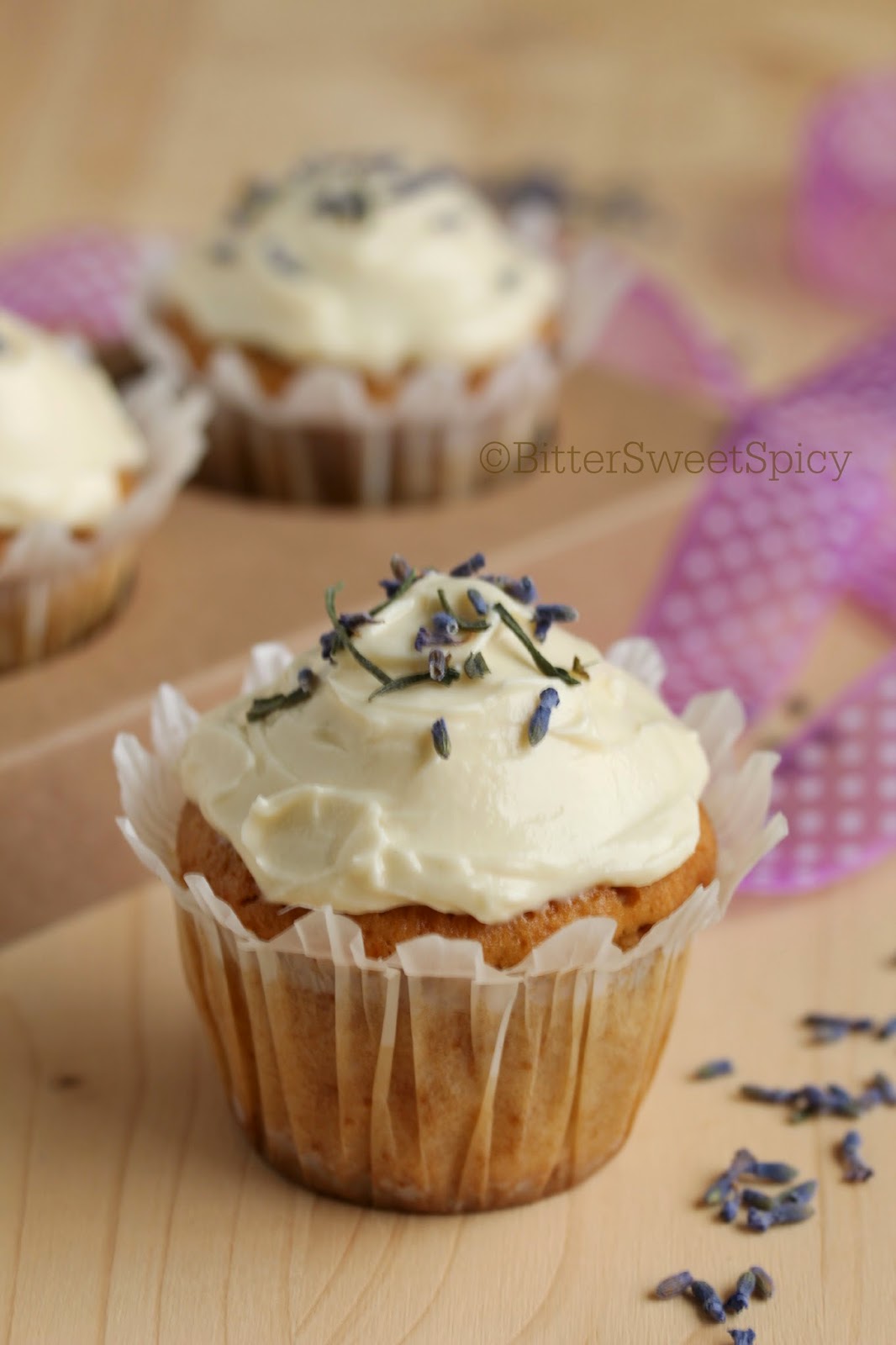 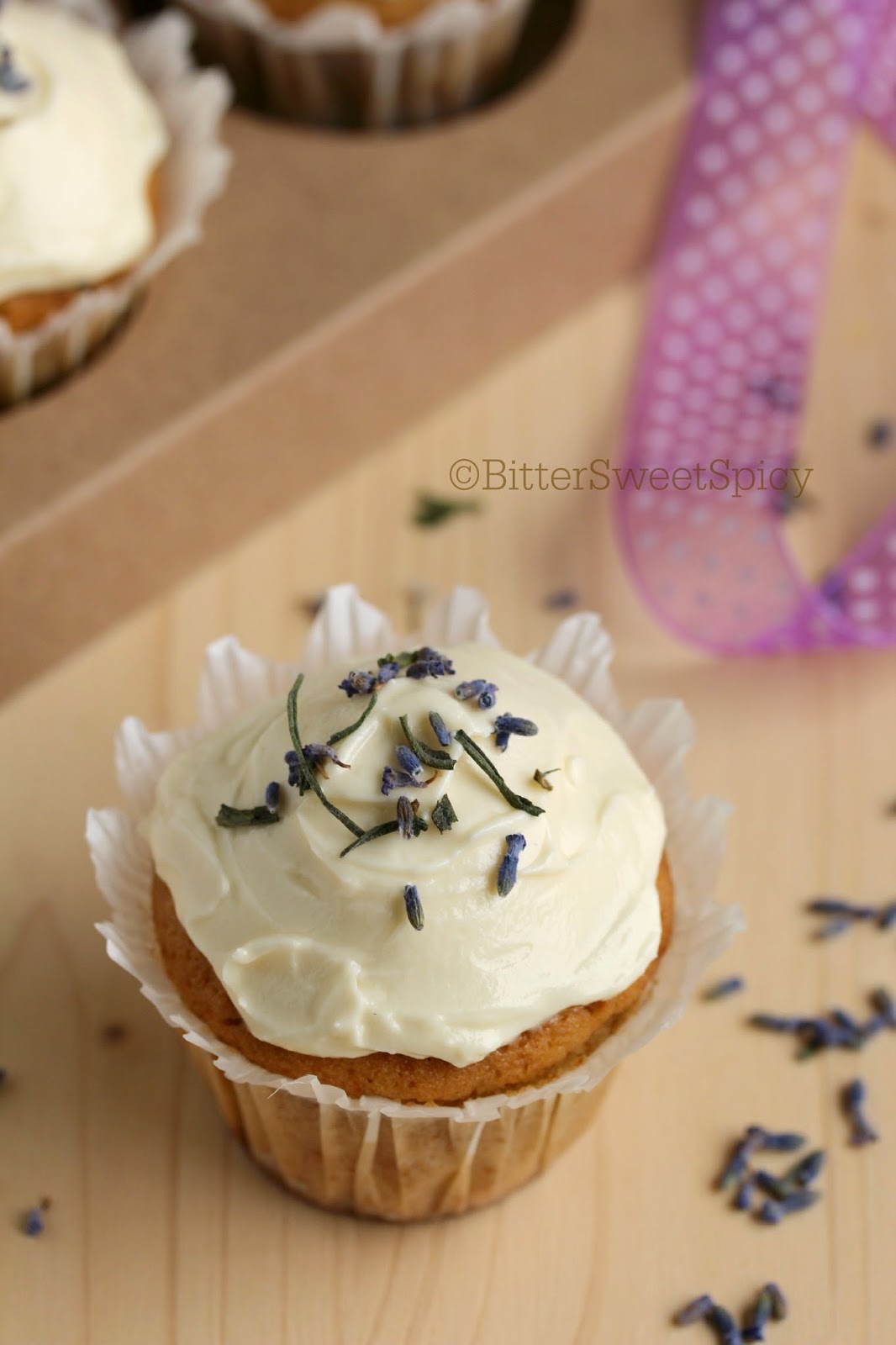 i love the aroma form earl grey tea. maybe i should try this recipe too.

I initially found lavender cakes a very weird flavour combination but I gradually learned to love it. This is such a beautiful cupcake!

Beautiful cupcakes! Are the green leaves part of the dried lavender or is it some other herb?

Gee,
Thank you. They come with the dried lavenders. Must be the lavender leaves. :)