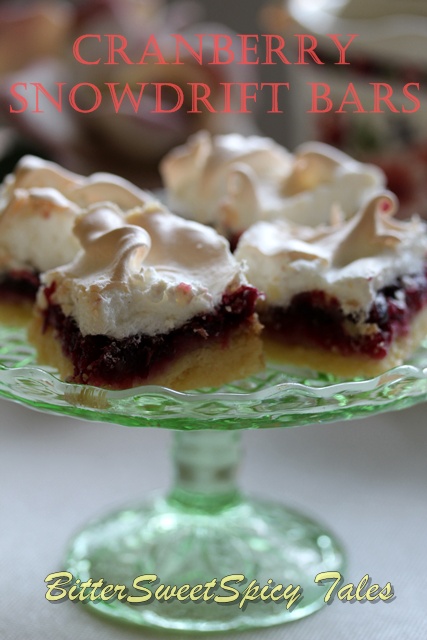 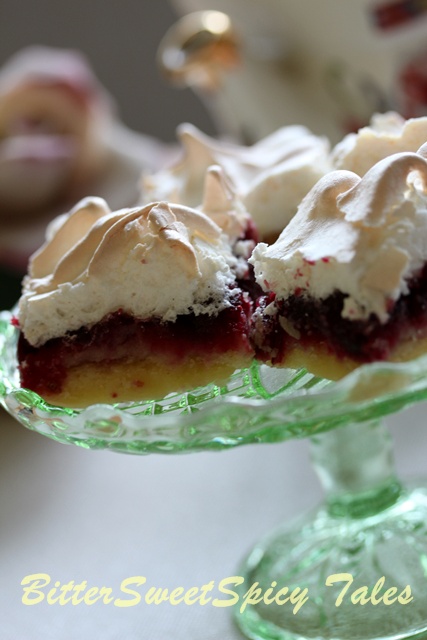 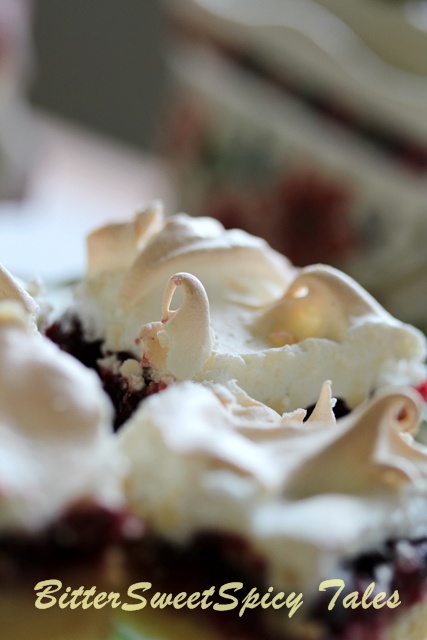 Put the pan back into the oven, and bake for about 25 minutes, until the meringue is just very lightly browned.
Cool the bars, in their pan, on a cooling rack.
Posted by Faeez at 10:52

I love your photos, especially the Ambon one! Can you share which camera you are using and how to get started? I don't know anything about DSLR photography but hope to be able to take photos like yours ...

Hi Mag, thanks for dropping by. I'm using Canon EOS600D & 2 lenses, the EFS 18-135mm & EFS60MM. The latter is a macro lens that allows me to take close up pics. Although I've used my dslr for about 1 & 1/2 yrs, I still hv a lot to learn. So far, i've learnt to use it only by reading books & magazines & lots of practice. Although I've gone for a short workshop on food photography, I've yet to go for any workshop on how to use dslr camera. I shd go for it asap. Just this morning, was taking some pics of my soya bean pudding, it was quite challenging. Anyway, although expensive, investing on a dslr is certainly worthwhile. Thks again. :)