Madeleines..... with a Southeast Asian twist.

It's hard to  believe that I've not tasted madeleines until recently. I've always been tempted to buy some from the Delifrance express outlet everytime I drop by the petrol station. But the price tag just turned me off! I thought it couldn't be so difficult to bake them. Hence the urge to bake them & the start of the search for the madeleine pan. But I realized that madeleine pan is quite pricy.... maybe that's partly why madeleines are expensive. I was quite reluctant to spend so much for something that I wasn't sure if I was going to use more than once. So I shelved the idea of buying the pan & baking madeleines. 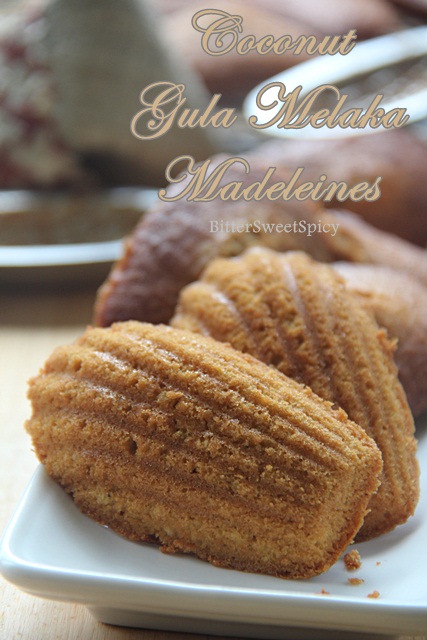 Then, recently, when my cousin visited my father at the hospital, she brought some madeleines! And guess where she bought them from... yes, Delifrance! I love them. They were delicious! I decided that I would definitely want to bake some myself. I'm resigned to the fact I have  to spend quite a bit on the pan. So two weeks ago, I went to Sun Lik & when I saw the moulds, I decided to buy them. No more buts.... 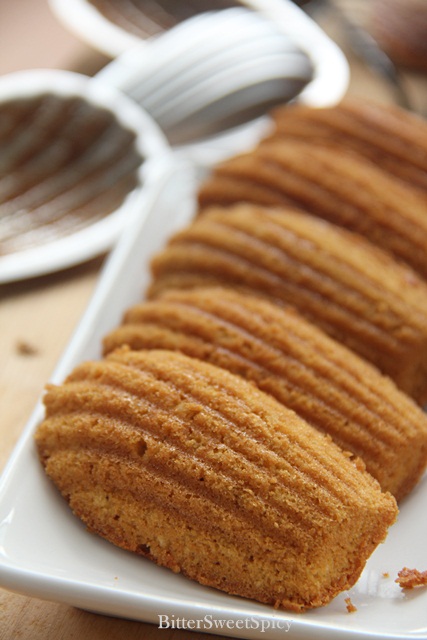 Instead of  a regular madeleine, my maiden madeleine is Coconut Gula Melaka Madeleine, a recipe by Chef Yamashita whose book I just bought on Friday. The madelines are so delicious!! You must try this recipe if you like madeleines & especially if you already have the pan. 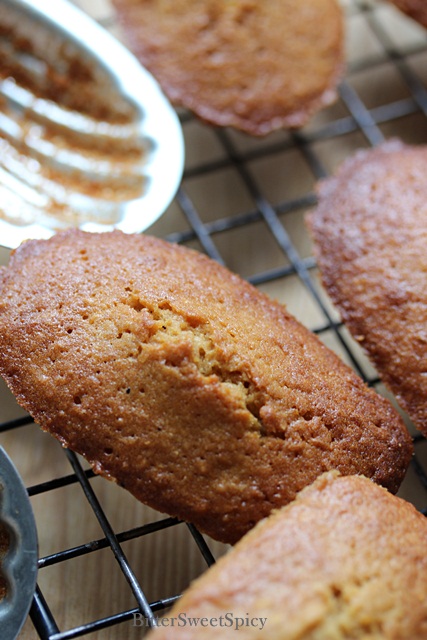 Wow, look at the list of ingredients for this madaleines....quite a handful there. No wonder it is so delicious, inst it? I will try this one day.

Yes Mel, I know.... lucky thing I have all the ingredients except coconut. I can't stop munching on them... sedap... Do try baking them!