As I've mentioned yesterday, I also made Rainbow Pudding for Haslita's cousin's engagement. My plan was to make Kak Wan's Rainbow Marble Pudding but halfway through pouring the mixture into the pan, it was clear that the marble effect of  my pudding was quite messy. Right away, I decided to just pour the remaining mixture into a heart-shaped jelly mould. In the end, the pudding that was presented to Haslita was a four-layered pudding. 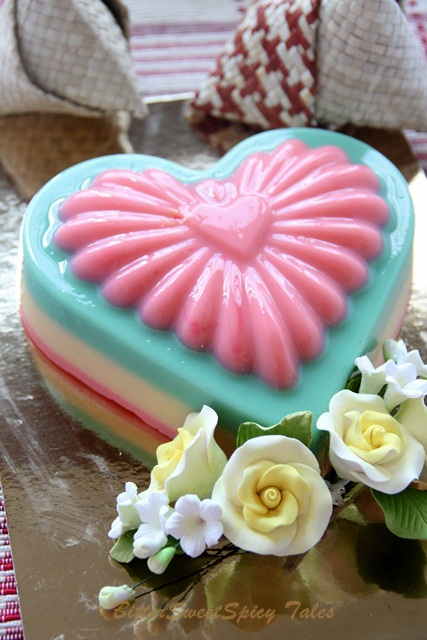 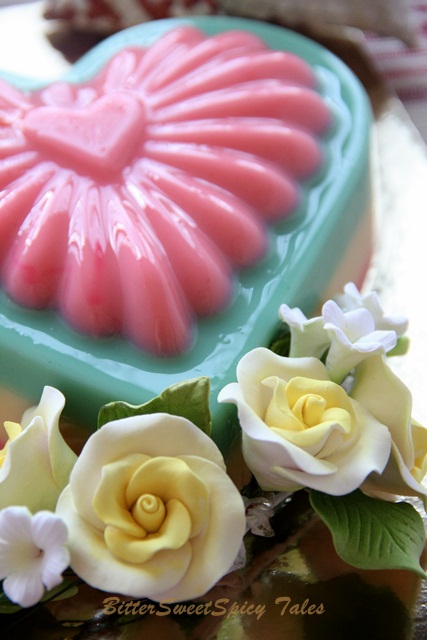 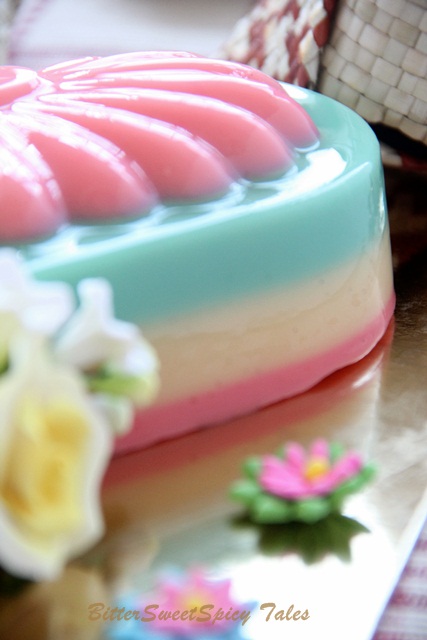 Wow.. awesome... my mouth was left open after seeing this:D

Absolutely stunning!
The colour combination is so nice

I tried making colourful agar gar for my son once but wasn't as good as yours...

This is my first visiting your blog and I'm admiring all your beautiful bakes and cooking. Hope to be back for me... following you :D

Absolutely gorgeous looking desserts. I can finish them all in seconds! ;)