Since my successful attempt at making Bingka Ambon, I've bookmarked a couple of other versions which I planned to try out. One of them is the durian version. Since there was some durian left in the fridge, I decided to try it yesterday so I could share them with my family at my mum's place. 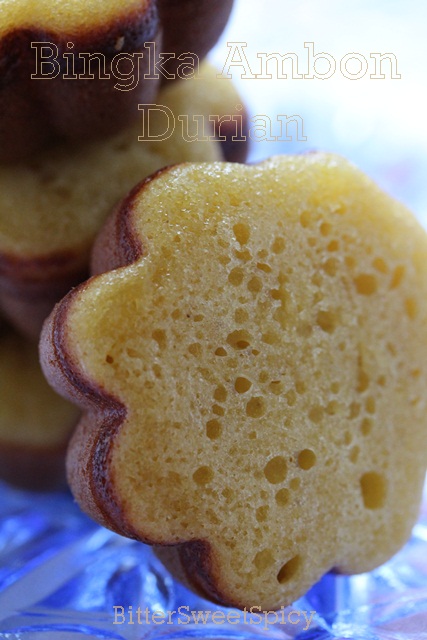 This time, the confident me decided to make some amendments to the recipe, even though it was my first time using the recipe. With hindsight, I shouldn't have.... now I'm not sure if the colour, texture & the problems I encountered while making them were because of the amendments.  Yes..... there were some challenges. Firstly, the bottom of my bingka came out quite dark. I think this could be the result of the additional  amount of sugar (I added 60% more!) since sugar affects the colour of the end product. Secondly, the bingka took a long time to fully cook.... the bottom was turning dark & yet the surface was still sticky. The good thing was, I only had the sticky-surface problem for the first few batches. Maybe I should have heated up the mould longer before I started baking the first batch. 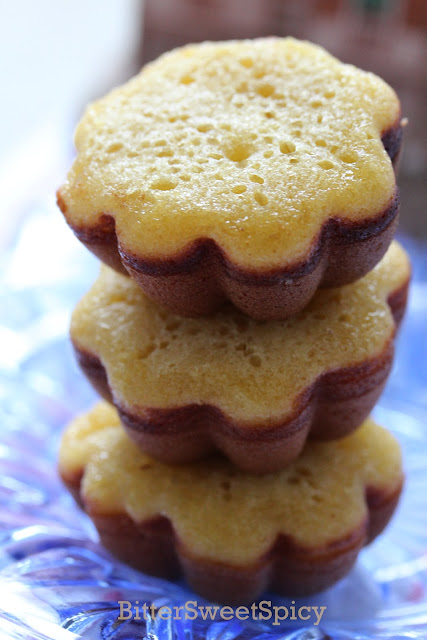 As you can see below, the texture of this bingka is quite different from the regular ones that I made before. Personally, I like the texture of the regular ones better as they were spongy. My mum liked this better.... she said it's softer. Now I'm wondering if using richer coconut milk from one coconut instead of 1/2 had resulted in the soft texture.... I think it had a role. Tastewise,  I think it's delicious. The durian flavour was just enough. That's because  the durian was already sweet..... and rich, and delicious.... However, the bingka was quite sweet. That's expected since I added 60% more sugar! What was I thinking.....!

Overall, this is a good recipe. I would try again, without making any changes, of course. If you'd like to try this recipe, I would advise that you stick to the original recipe too, at least for a start! 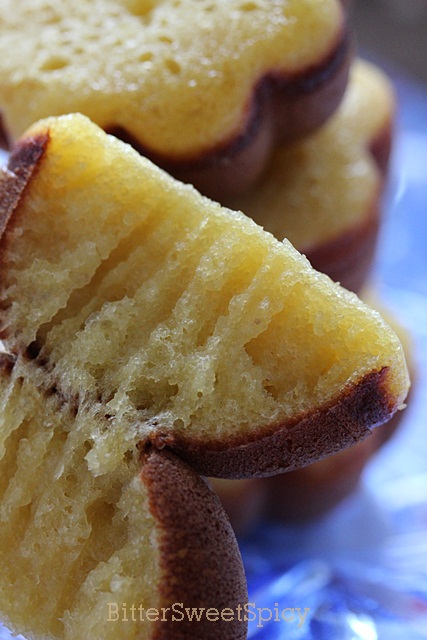