Today's  dessert is  the all-famous soya bean pudding which I first made 3 weeks ago after I saw Dr Leslie Tay posted the recipe, shared by his  friend, on his ieatishootipost facebook page. He claimed that the taste was quite close to the one sold outside. I'm guessing it's the one from Lao Ban stall at the Old Airport Road Hawker Centre, the one that has sent Singaporeans going gaga over it for a period of time. 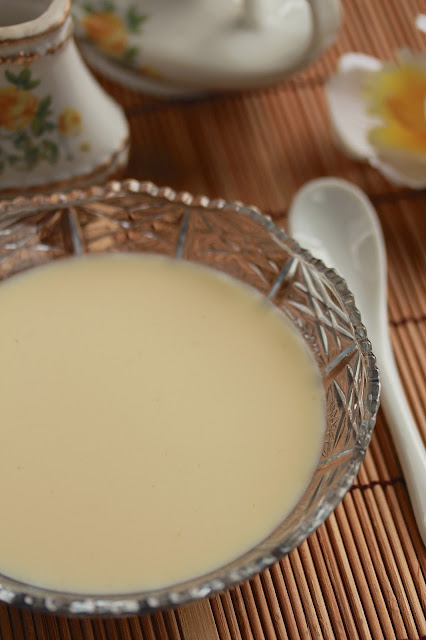 I've never bought this dessert before because I wasn't sure what kind of coagulant was used & whether it's halal. I've seen  blogger posts on the recipe but I wasn't keen to make it. So why now...? Well, recently, the famous stall started operating a kiosk in my neighbourhood. So every time I passed by it, I couldn't help but wonder how it tasted. So when I saw the facebook post, I was eager to try making it. It was so delicious!! No wonder Singaporeans are going crazy over it! The first time I made it, I couldn't stop eating it... and I thought only fried stuff can be addictive! Actually, this dessert is quite similar to dadih, a  traditional Malay food which  originated from Minangkabau in Indonesia. 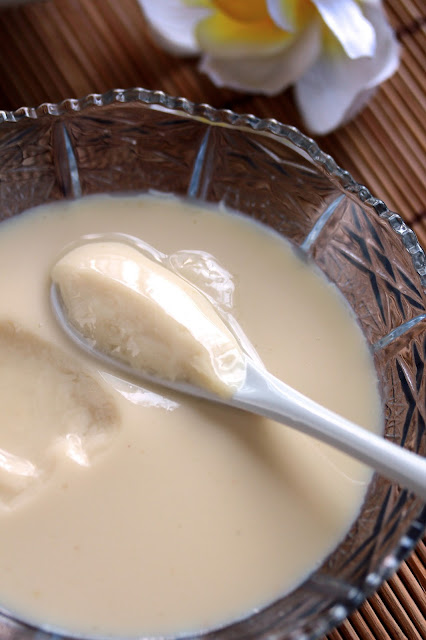 Yesterday was the second time I made the dessert. The first time,  I only made half recipe & I ate most of it! This time,  I made the full recipe & sent some to my mum's place. (I just finished one bowl as I'm typing this entry..hehe...)
As I was googling the recipe, I found the exact recipe that was shared by Dr Tay in Miss Tam Chiak's blog. So below is the recipe she posted. 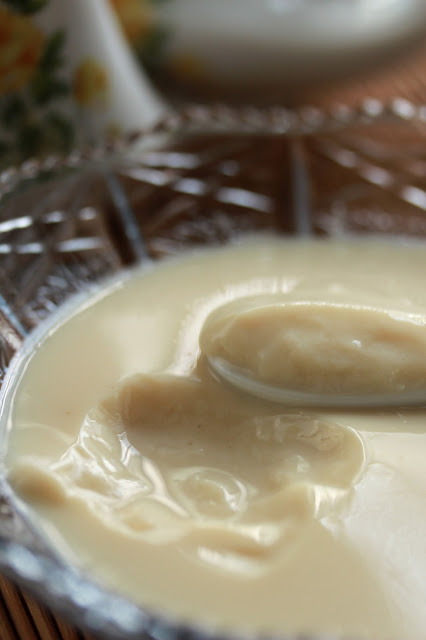 Method:
Stir everything together.

TIPS:
- Never add too much jelly powder, it will become too hard!
Posted by Faeez at 22:38