After a delightful experience with the Creamy Cheesecake a week ago, I'm here with a cheesecake again... This time, as I've mentioned I was going to do, I did a slight tweak to the method, in the hope of duplicating The Coffee Bean Chicago Cheesecake, at least the texture.... 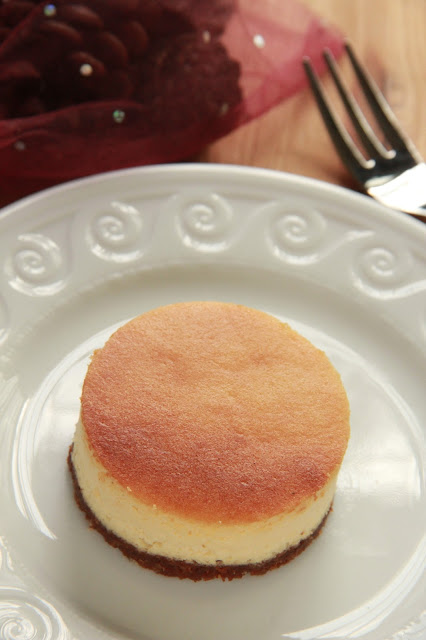 So, did I succeed? Well, I think I was not exactly there..... but almost.. I'm very happy with the result though. So, beating the egg whites separately did produce a fluffier cheesecake, just like the Souffle Cheesecake. 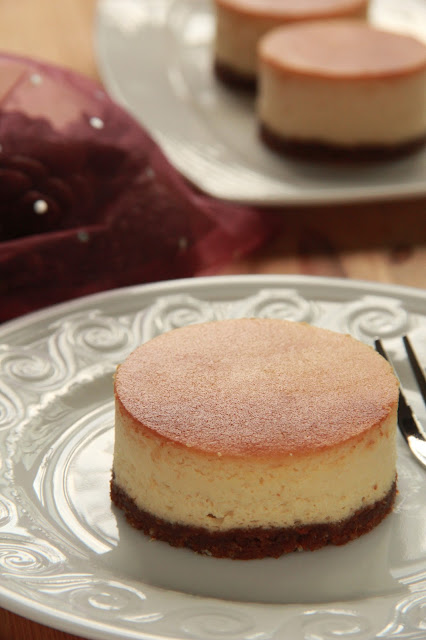 I'm also happy with how it tastes this time... rich & creamy but not so tangy. This time, I reduced the Greek yogurt significantly & mixed it with a can of cream. Hmmm.... I wonder what the outcome would be if I were to use whipping cream... No... I'm not going to experiment with that so soon.. or we'll all be cheesecake overload! 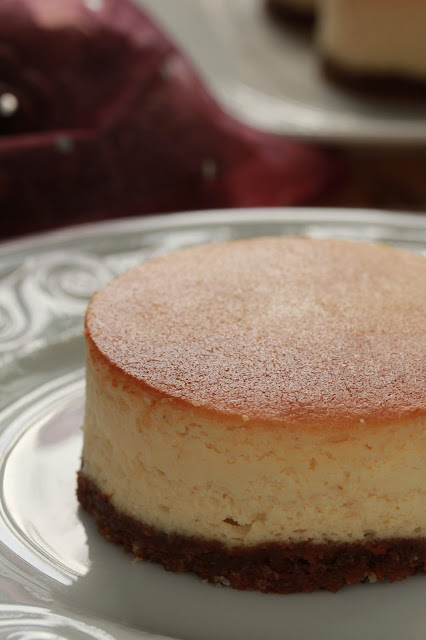 Ok.. before I leave you with the recipe, just some notes: 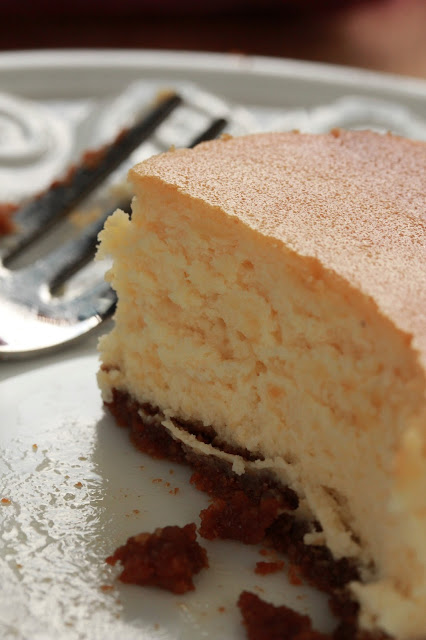 wow, that's really lots of cream cheese there :D i cant even remember whether i hv tasted the chicago cheesecake in coffee bean..i just forget the name but it really looks good here!