It's the time of the year again..... it's the last school term & as the end-of-year assessment is drawing near, we are scrambling to complete the syllabus & do some revision with the kids. It doesn't help that there are so many holidays... Teachers' Day, PSLE LC exam, Children's Day &, in two weeks time, the kids will be out of school for the whole week because of PSLE marking & Hari Raya Haji! To top it all off, there are only 9 weeks in this term, instead of the usual 10 weeks in a term... sigh..... It has only been two weeks since the start of the term, but it feels like forever! 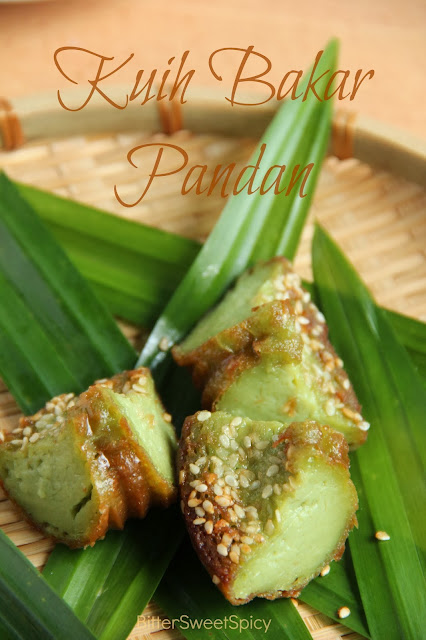 Since I've been really busy with school work, in school & at home, there's not much time to bake or update my blog. But I wanted to support the Little Thumbs Up event (although I know it has already received an overwhelming response), so I've chosen something really simple to bake, Kuih Bakar Pandan which I baked yesterday morning. I just had to dump all the ingredients in the blender, pour the batter into the baking pan & bake it! 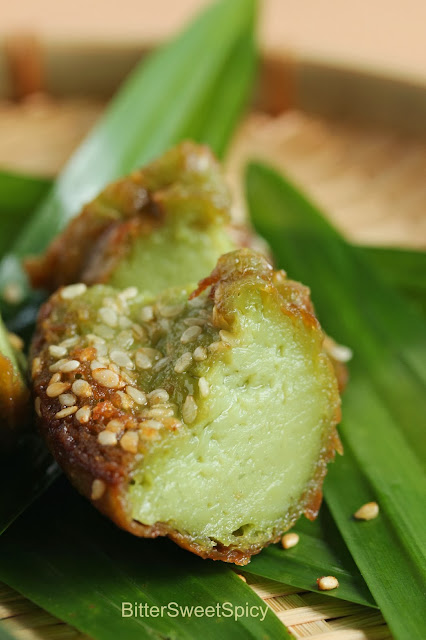 I would give this kuih a big thumbs up! Its moderately rich, sweet taste &  custard-like texture is nicely covered by a golden  & partly crunchy crust. And the fragrant pandan leaves & sesame seeds give a sweet aroma to the kuih. The only problem with my kuih was, it became very oily & oil was oozing out of the kuih when I touched it. This is caused by the butter which I added into the batter instead of using it for greasing the pan. I made only 1/2 the original recipe with some minor modifications to the recipe. Please read on for the details. 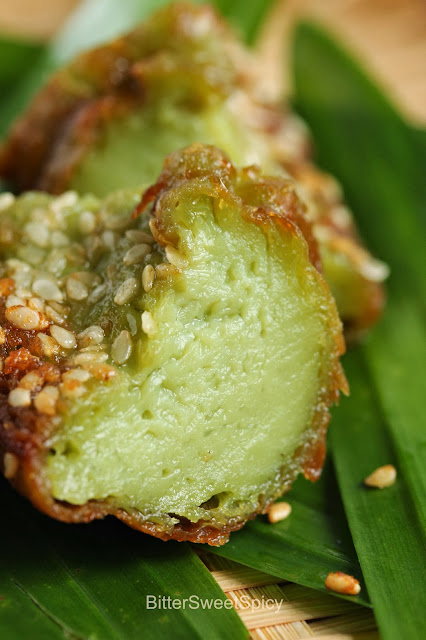 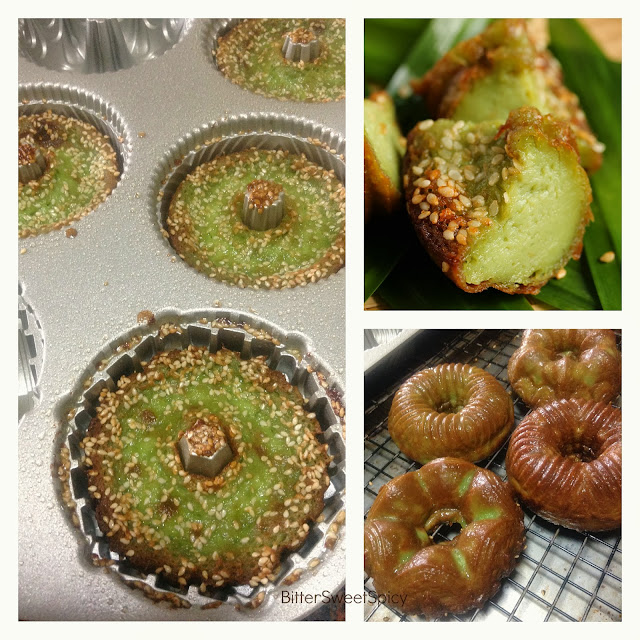 Method:
I am submitting this post to  Little Thumbs Up (September) - Pandan, hosted by Joceline @ Butter, Flour & Me & organised by Zoe@ Bake For Happy Kids and Mui Mui @ My Little Favourites DIY.

Based on your description, I can imagine every mouthful of these kuih bakar must be exploding with different textures and taste... Yum!